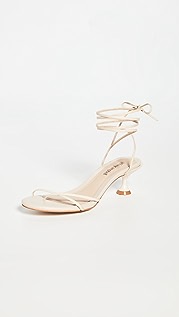 Sexy
Love these! So comfortable and sexy. It is a bit on the narrow side so it might be a problem to those who have wider feet.
尺码: 符合尺寸 / 如所预期
举报不当内容
Lucia96
Louisiana
查看所有评论通过 Lucia96 (1)

LOVE THESE but not on me
These are the kitten heels of my dreams but they were definitely made for more narrow feet, had to return because the next size up was out of stock.
尺码: 比期望中要小
举报不当内容 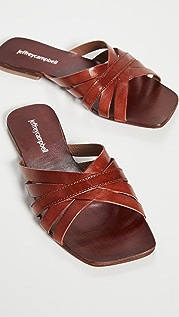 Smaller than Expected
Good shape and quality. Totally worth buying with a discount. I usually wear in a size 8, but these ones are slightly small for me.
尺码: 比期望中要小
举报不当内容
Nancy in NoVa
DC Metropolitan Area
查看所有评论通过 Nancy in NoVa (1)

Cutest Sandal
I love love this sandal. It appears to be well made, truly fashionable and looked great on my feet. The 1 star off is that it was a little loose and I had to return it because I had a feeling my feet would be sliding around or sliding through the sandal. My problem, not the shoe. These are so cute and I am disappointed.
尺码: 比期望中要大
举报不当内容 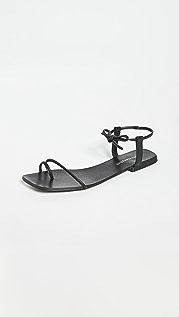 Comfy & unique
Super excited to wear these! They are super comfortable (to my surprise), unique, and minimalist. I am a size 9 usually and they fit TTS. The straps were comfortable, and the shape of the shoe is trendy and interesting. I really hope that the straps hold up as I'm loving them!
尺码: 符合尺寸 / 如所预期
举报不当内容 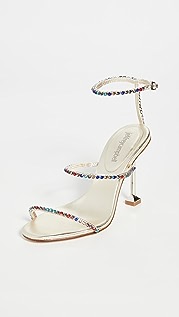 Cute but MISERABLE!
This shoe has so much potential that I have ordered in multiple times in ever size and color and 5 5 100 lbs medium to narrow foot typically a 7 and a half To 8 even the 9 and a half strap close to toe cut like is knife on my foot just from trying on red! I tried everything possible pads etc I think for AAA FOOT maybe and def size up ! My other shoes in this brand are 8 and a half And perfect
尺码: 比期望中要小
举报不当内容 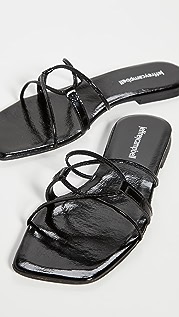 Great Summer Sandal!
This is a great addition to your spring & summer sandal collection. I love the neutral color. It goes great with denim or with white jeans and with my animal print midi skirt! Fit is true to size and very comfortable.
尺码: 符合尺寸 / 如所预期
举报不当内容 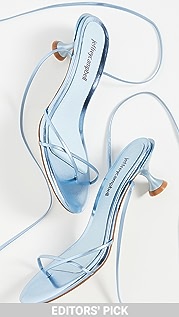 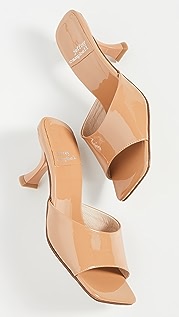 Not comfortable
I wanted to like these shoes but the patent leather is hard and really hurt my toes. I wish he would do this color sandal in leather or suede.
尺码: 符合尺寸 / 如所预期
举报不当内容 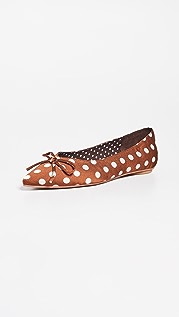 Too small!
I wear US 7 but these are just too small and narrow for me. Can't walk in them at all. Disappointing!
尺码: 比期望中要小
举报不当内容 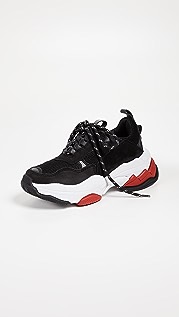 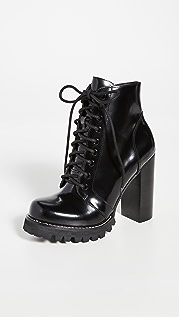 Super fashionable!
I absolutely LOVE these boots. I have to agree with both of the other reviews. These are super fashionable and I love that they're lowkey compared to the LV boots. The con is that the leather on these is definitely on the hard side and gives my left foot in particular pain around the toe box area. If you get these, definitely wear them with thicker socks or consider putting in insoles for added comfort. These took a smidge longer for me to break in compared to my other Jeffrey Campbells. But if you care more about the style of them, definitely would highly recommend.
尺码: 符合尺寸 / 如所预期
举报不当内容 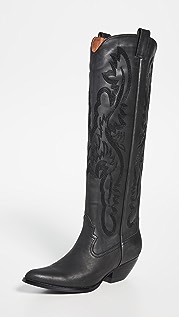 The most comfortable boot ever
These boots are amazing! The leather is very soft, and a nice matte finish. I usually wear an 8.5 or 9, and I ordered the 8.5 and they fit perfectly. I have slightly narrow feet and higher arches and this fit very well on me without any squeezing. These boots look good with everything and the quality is worth the price.
尺码: 符合尺寸 / 如所预期
举报不当内容 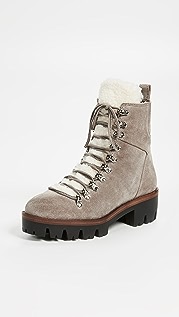 Disappointing
As stated in the other reviews, a rivet came off. I had went to other suppliers before buying them to see if this was a widespread issue and no other reviews stated it, so I bought them from Shopbop for the shipping. Very disappointed. By the time the rivet came off it was too late to return them as I had already worn them a few times. I still wear them now with the rivet broken, which is annoying. Hoping to bring them to the shoe repair soon, but who knows if other rivets are going to come off as well.
尺码: 符合尺寸 / 如所预期
举报不当内容
1819 评论

s to clear out your old favorites
and make room for new ones.
close x