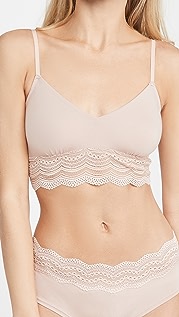 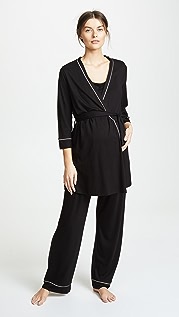 Love this set!
This is an awesome PJ set. I'm 9 months postpartum and still wear these PJs a lot. I'm 5'5, 150lbs and 34D and got a size medium (usually an 8 or 10 bottoms). I think I would have been comfortable in size small, as both the pants and the top were bigger than expected. This set is so soft, so amazing and comfortable. My only complaint is that there are NO POCKETS. Not in the robe and not in the pants. However, they have held up great in the wash and I will continue to wear this set.
尺码: 比期望中要大
举报不当内容 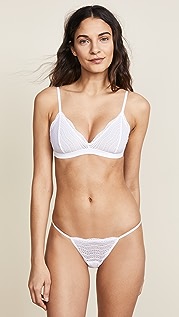 Not my favorite from Cosabella
This bralette is just okay. I only really wear it around the house - I don't think it's the most flattering but it is comfortable and the fabric is super soft. The straps come in too far for my liking. For the same $, I think the Ever Soft bralette from Cosabella is the better/more versatile choice. The small is a little too big for me but I wear a 30C so I was expecting that. Probably best for 32/34 band sizes and not too busty because this doesn't offer much support
尺码: 符合尺寸 / 如所预期
举报不当内容
Romana
Chicago
查看所有评论通过 Romana (306)

Second skin
Love this bra for its second-skin feel. It is great for maternity days when you do not want to wear traditional bras, but need something to cover your nipples. Truly comfortable enough to sleep in and not feel like you're wearing anything.
尺码: 符合尺寸 / 如所预期
举报不当内容 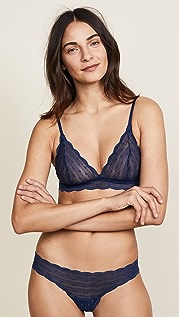 Super Cute, but falling apart!
I loved this bralette... it's super cute for someone with a small bust. Sadly, though, it is falling apart after a few wears. The seam that runs down the center has started to unravel. It's probably been washed once and i always wash my delicates in a mesh bag. Bummed about quality.
举报不当内容
happyboob
Seattle
查看所有评论通过 happyboob (1)

Surpassed expectations
I traditionally wear a 34B bra. I've been branching out into the world of bralettes because I have found them more comfortable when working from home. I purchased a medium in this bralette and I love it. Very comfy, feels like air.
尺码: 符合尺寸 / 如所预期
举报不当内容 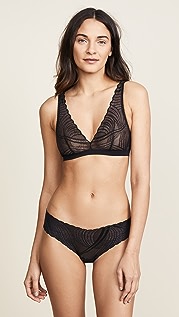 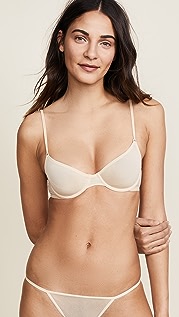 Tiny little thing
I love how tiny and delicate this bra is. I am almost 5 months pregnant, and use this bra regularly for a little support, and a lot of comfort.
尺码: 符合尺寸 / 如所预期
举报不当内容 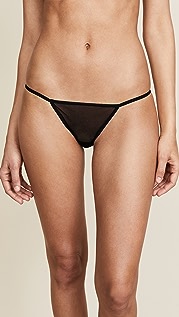 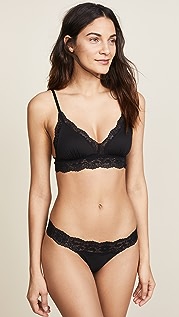 Comfy and Pretty
So comfortable! Will be wearing this underneath many outfits. The cut and pretty lace detailing are great for low cut tops/dresses, even if a little bit of the bra peeks through. This is my first time trying a Cosabella bra, but it won't be my last.
尺码: 符合尺寸 / 如所预期
举报不当内容 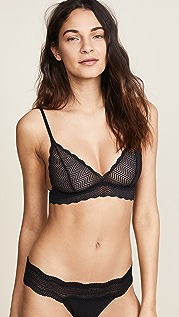 Love this bra!
I'm a 32DD and the size Medium fits great. Very comfortable and gives a nice shape (though obviously not a ton of support).
尺码: 符合尺寸 / 如所预期
举报不当内容 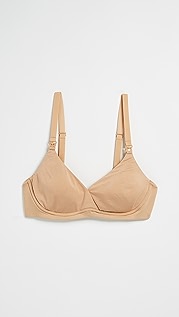 Cannot find A Cup Nursing Bra!
If this came in XS, maybe it would fit me. I'm 32A and anticipate going up to B cup when nursing, but this bra was loose in the cup. Also, just made for larger breasts in general, more coverage than I anticipated, including the inner sling, which covered half my nipple and made a weird look in front and I imagine under clothes. The criss-cross in front is actually sewed in, so cup also doesn't come down all the way--not a deal breaker, and I'm bummed bc it's very very soft and a nice nude color, but I remain on quest for a nursing bra for smaller breasted women!
尺码: 比期望中要大
举报不当内容 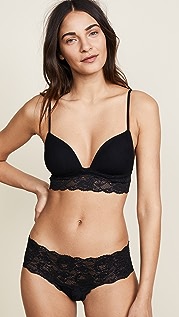 Cups are huge!
If you're more like a 32C or D, then this bra will work great for you. If you're a part of the IBTC, then don't even try this bra. I'm petite, usually a 30-32A/B, 105lbs, 5'3". So the clips on the band have about 2 or 3 more hook options than a normal bra, and I still had to use the shortest hook option. The cups were huge on me, taking up most of my chest, and would have fit if I had implants or stuffed it with a couple socks. Disappointing, especially since I was hoping for a smoother look that wouldn't show that lumpy lace look under t-shirts.
尺码: 比期望中要大
举报不当内容 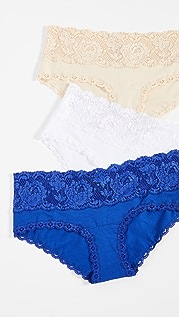 s to clear out your old favorites
and make room for new ones.
close x